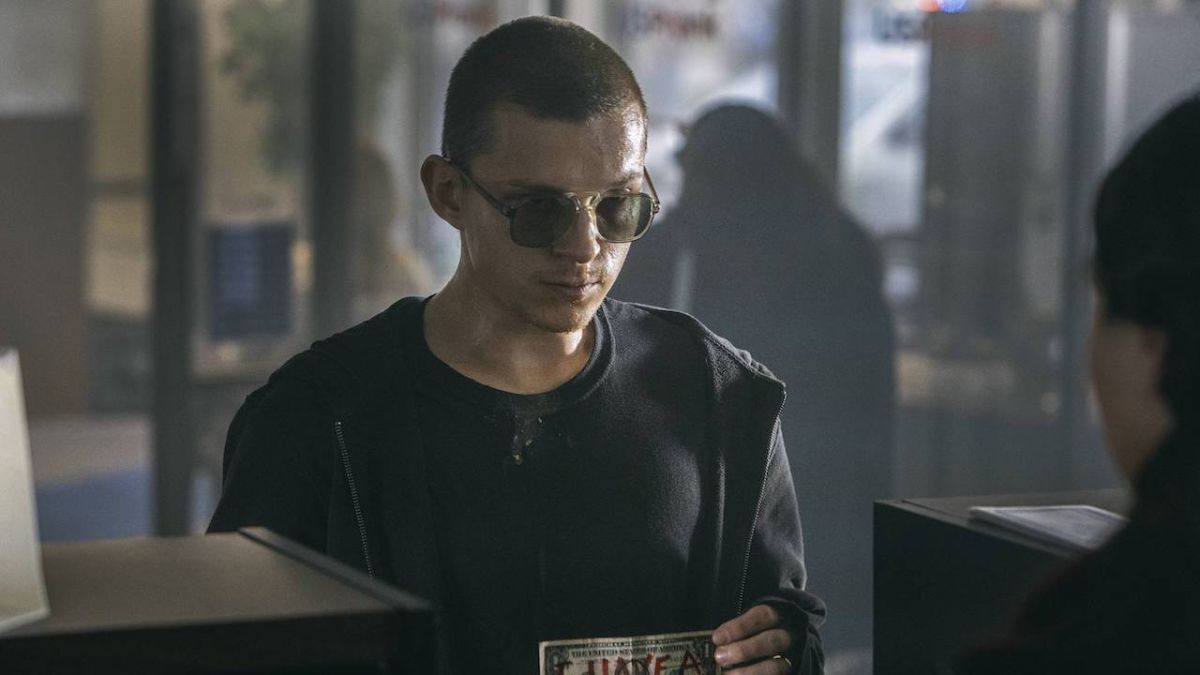 In 2019, just three years after he debuted as Spider-Man in Captain America: Civil War, Tom Holland reprised the web-slinging superhero twice: first in Avengers: Endgame and then in Spider-Man: Far From Home a few months later. With a workload like that, it certainly would have been understandable if Holland had decided to take a break from performing for a spell, but he then re-teamed with directors Joe and Anthony Russo for the Apple TV+ movie Cherry. Now Holland recalls dealing with major burnout during that period, and no doubt the trash bag running didn’t help with that.

What is trash bag running? It’s exactly what is sounds like. Tom Holland previously shared that when shooting Cherry, he lost a quarter of his body weight through a combination of crash dieting and running 10 miles a day in a trash bag. As it turns out, the weight that Holland lost from his unorthodox running outfit was only water weight. Here’s what a celebrity trailer named Mike Boyle said to Insider:

In other words, while wearing the trash bag made Tom Holland sweat more while he was running and help him reach a specific weight goal, it doesn’t accomplish anything in the way of fat loss and can lead to someone becoming dehydrated. That, in turn, can cause problems like fatigue, nausea, dizziness and kidney damage, and losing too many electrolytes can even lead to seizures. So it’s no wonder Holland felt his energy levels dropping, and if he ever takes on another role where he needs to lose a certain amount of weight, he should steer clear of the trash bag running.

As for why Tom Holland needed to lose weight for Cherry, the Russos-helmed movie saw him playing a man who suffers from PTSD due to his time in the Army, becomes addicted to drugs and then starts robbing banks so he can . Cherry was based on the same-named auto fictional novel by Nico Walker, and Holland’s costars included Ciara Bravo, Jack Reynor, Michael Gandolfini, Damon Wayans Jr. and Thomas Lennon. The movie saw a limited theatrical release towards the end of this past February ahead of its Apple TV+ release the following month, and it was met with mixed critical reception.

Nowadays, Tom Holland has two blockbuster movies on the way that he’s already shot. In less than a month, we’ll see his sixth outing as the Marvel Cinematic Universe’s Peter Parker unfold in Spider-Man: No Way Home, and then in February, he’ll appear as treasure hunter Nathan Drake in Uncharted. The actor is also set to star in the Apple TV+ anthology series The Crowded Room, where he’ll play the first person ever acquitted of a crime because of dissociative identity disorder, and has also expressed interest in playing James Bond someday.

Keep checking back with CinemaBlend for more updates on Tom Holland’s professional endeavors, and don’t forget to browse through our 2022 release schedule to figure out what movies catch your eye for next year.

Kelly Osbourne Fires Back at Tabloid for “Fat Shaming” Her During “Hardest Year” of Her Life
‘The Matrix Resurrections’ China Release Date Confirmed For January
Kali Uchis and Ozuna Share New Song “Another Day in America”: Listen
Wait, Ridley Scott Almost Made His Own Dune Movie? Why He Says He Backed Out
Succession Recap: We’re Not Sure Which of the Roy Siblings Made Us Squirm More